This vegan quesadilla recipe is fresh, flavorful, and fun! Packed with veggies like sweet potatoes and peppers, it's an easy dinner or game day snack. 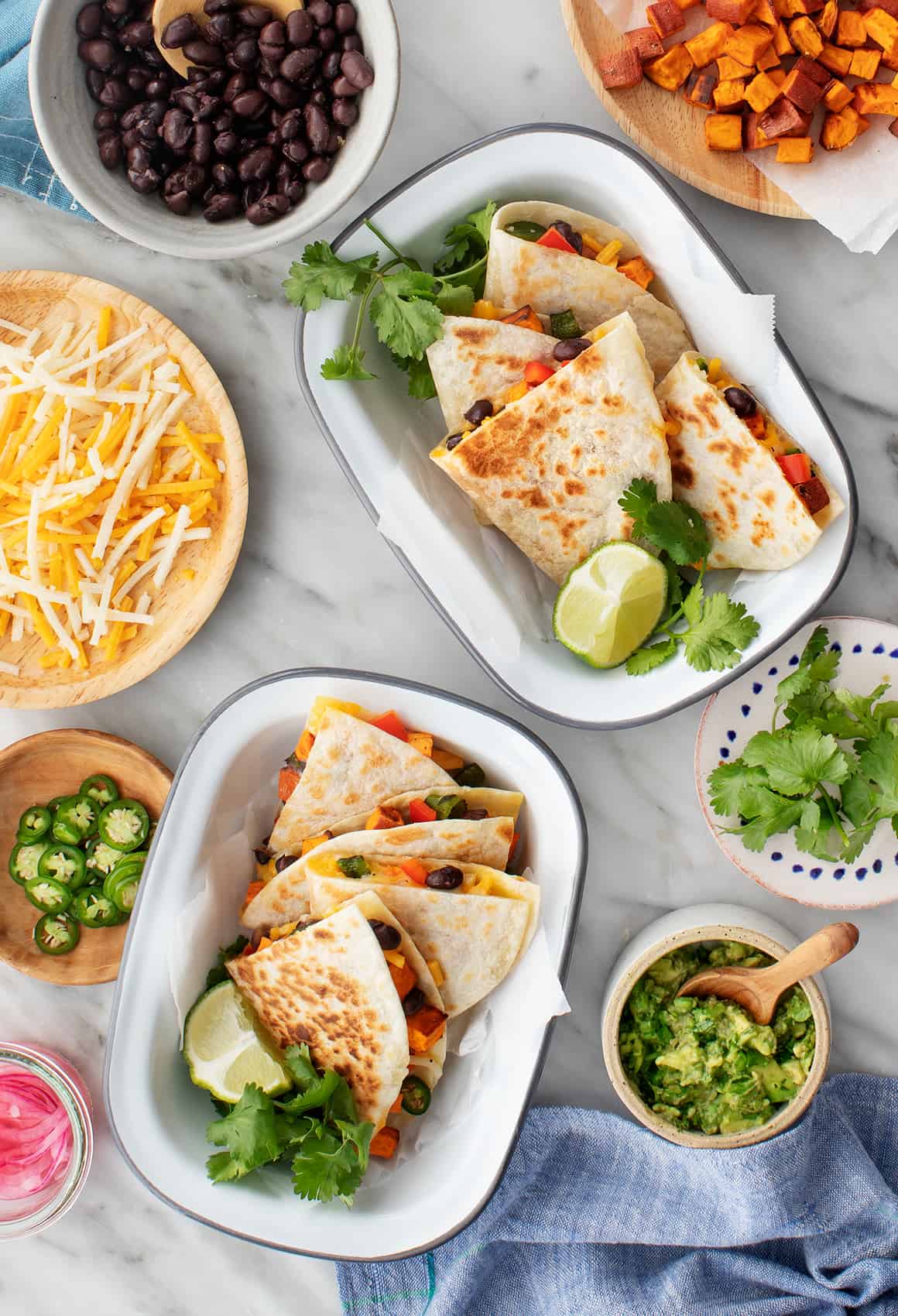 When Jack’s devouring a vegan quesadilla, you know it’s good. He’s the biggest cheese lover I know, but he would happily eat 2 (erm, 3…) of these vegan quesadillas and still go back for more.

While this vegan quesadilla recipe includes vegan cheese, we really love it because of the fresh veggie filling. Spicy poblanos play off caramelized roasted sweet potatoes, and diced bell peppers add a delicious crunch. Served with all the fixings, it’s super flavorful and fun. Try it for a quick and easy dinner or a healthy game day snack! 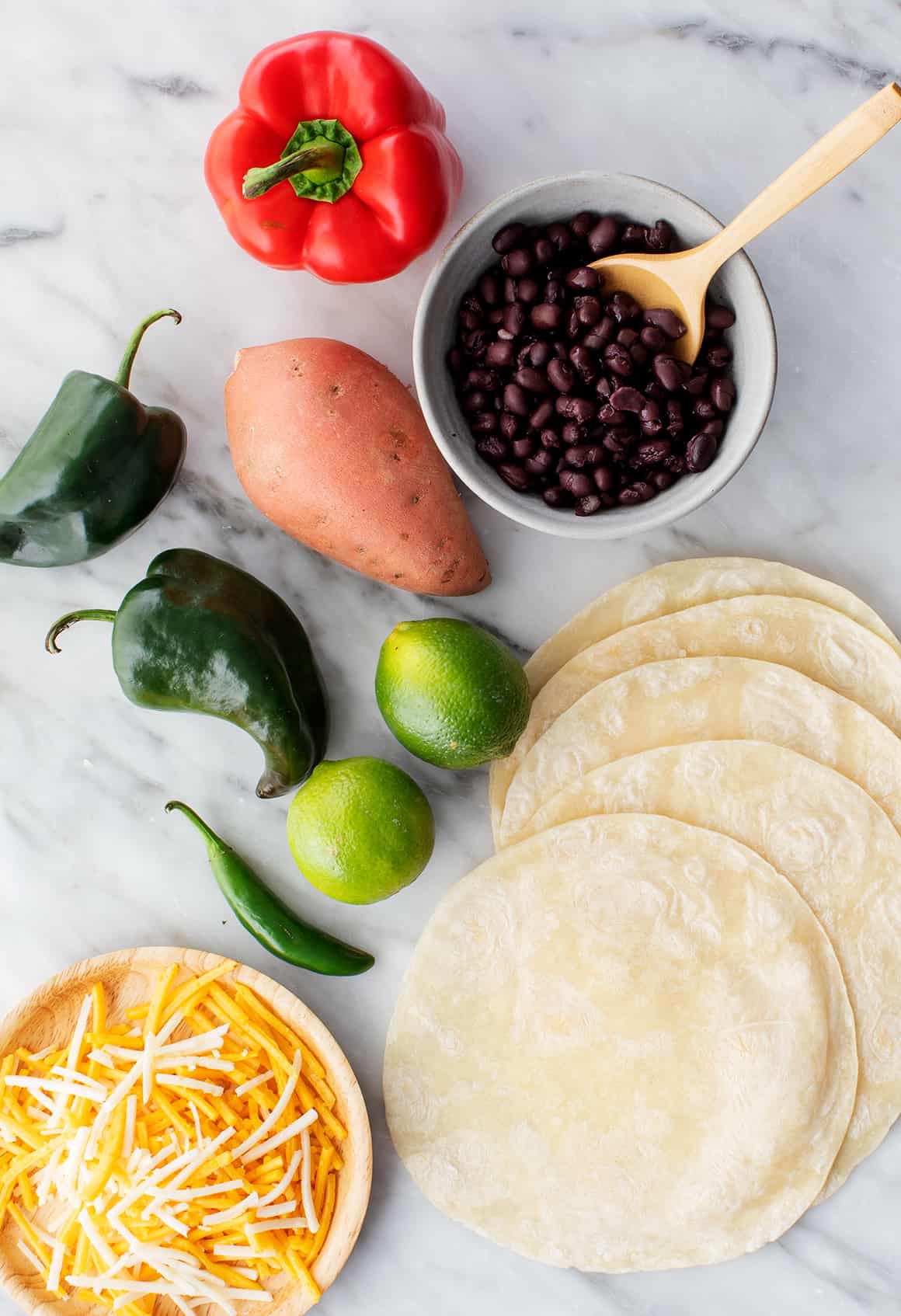 This vegan quesadilla recipe is super easy to make! Here’s what you’ll need: 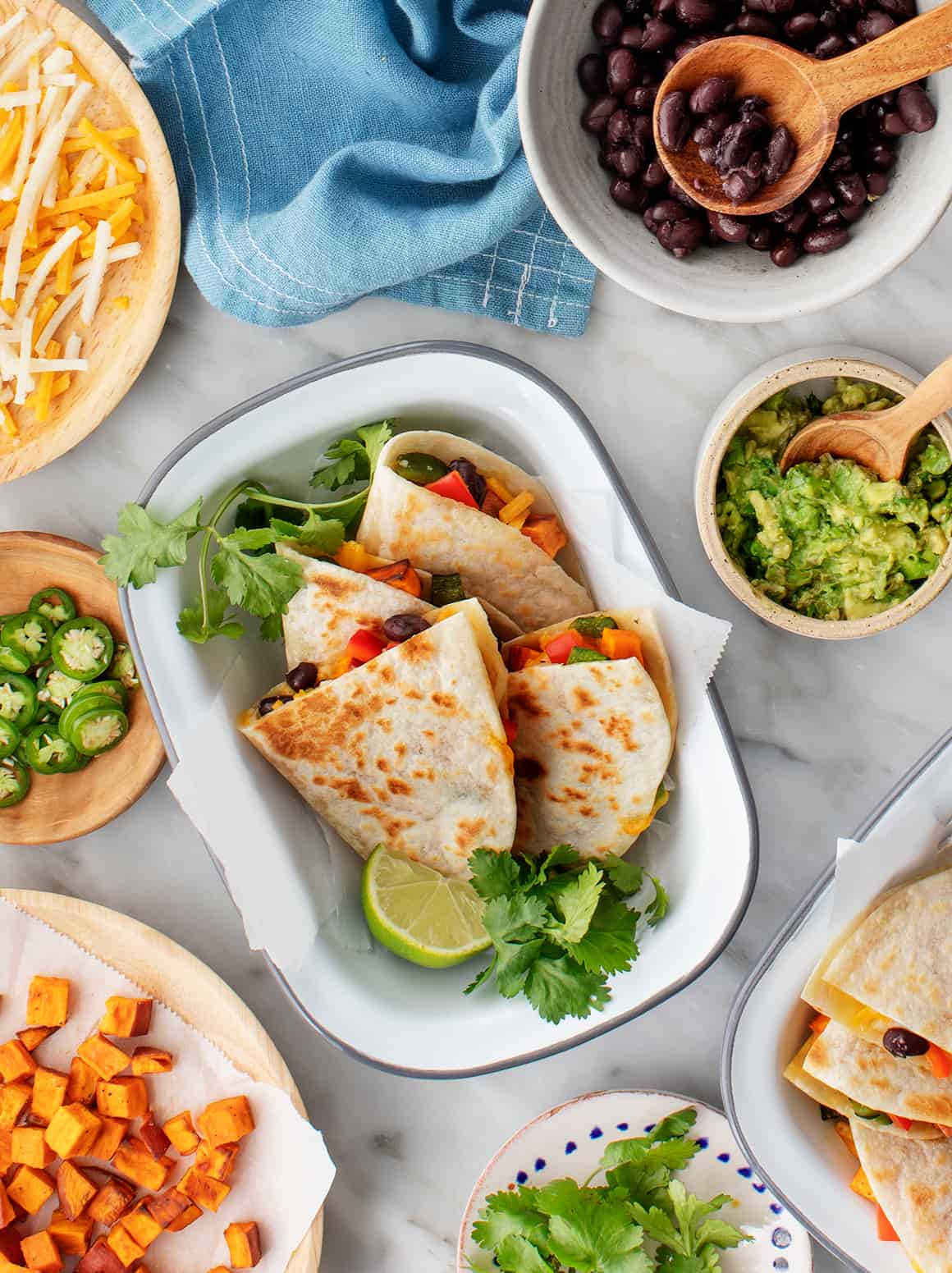 Enjoy your vegan quesadilla hot from the stove, while the cheese is still melty. I like to dress mine up with fresh cilantro, guacamole, and a squeeze of lime juice, but all sorts of fixings would be fantastic here. Experiment with my homemade salsa, tomatillo salsa, pickled red onions, or pico de gallo! 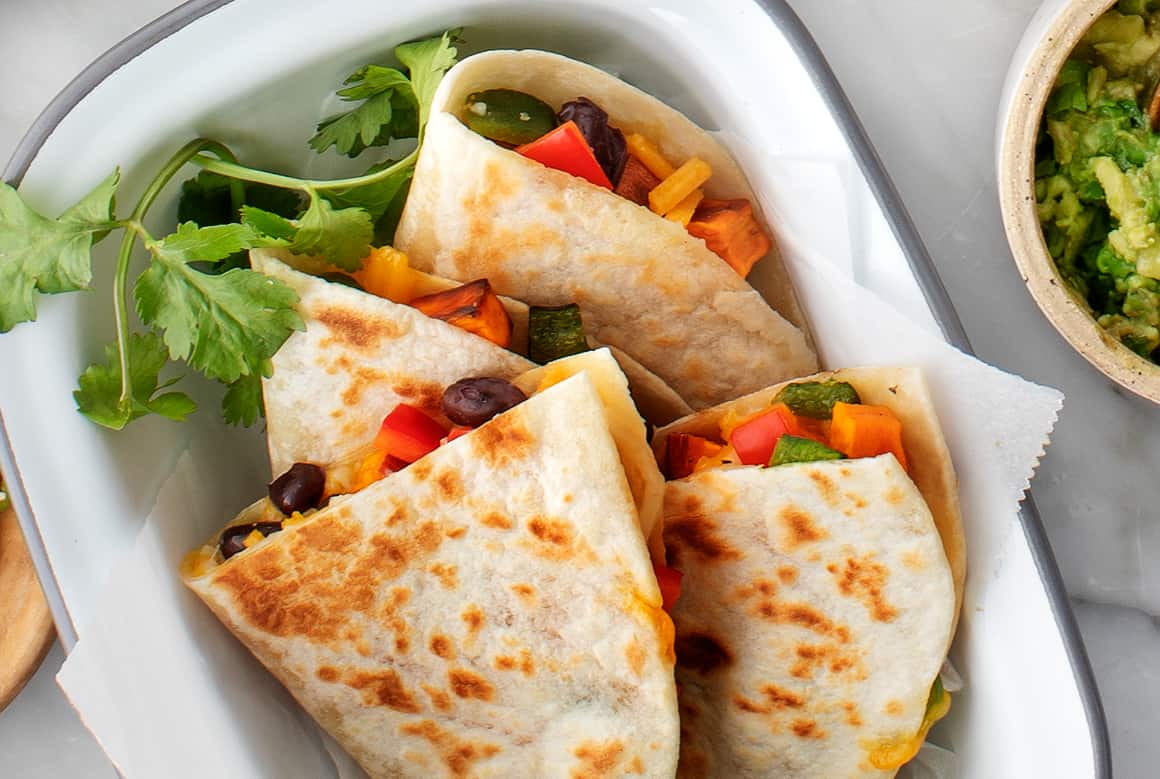 If you love this recipe, try one of these fun vegan appetizers or snacks next: 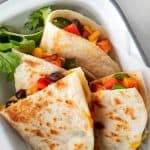 rate this recipe:
5 from 8 votes
Prep Time: 25 mins
Cook Time: 15 mins
Serves 4
Pin Recipe Print Recipe
This vegan quesadilla recipe is quick, easy, and delicious! Serve it with whatever fixings you like. Guacamole, salsa, and pico de gallo are all fantastic.