Learn how to make vegan bacon three ways! Crispy, smoky, salty, and slightly sweet, it's just as good as the real thing. 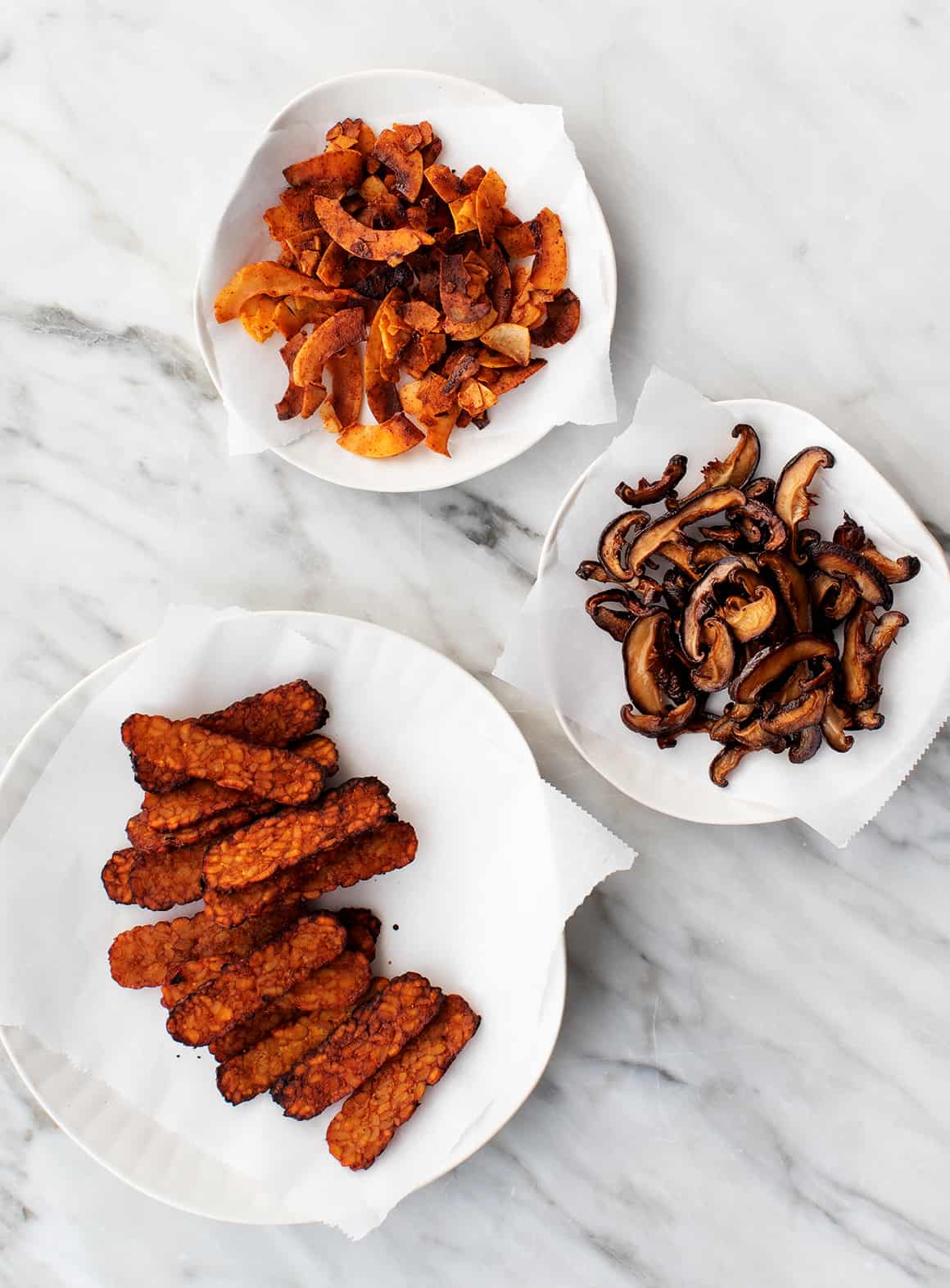 Whenever I take a tray of vegan bacon out of the oven, Jack, my bacon-loving husband, appears instantly. “What’s this?” he asks. As soon as I say, “Vegan bacon,” he reaches for it right away. Now, Jack is no fool. I make vegan bacon three ways: with tempeh, with coconut, and with shiitake mushrooms. None of these ingredients transforms into an exact replica of real bacon, and they wouldn’t fool him for a second. However, seasoned the right way, they have all the traits that make bacon so irresistible: they’re smoky, salty, and slightly sweet with a perfect crispy texture.

You’ll find all three of my vegan bacon recipes below, along with my favorite ways to use them. Each one is easy to make and really darn good. Even the most devoted bacon fan (re: Jack) won’t be able to get enough of them! 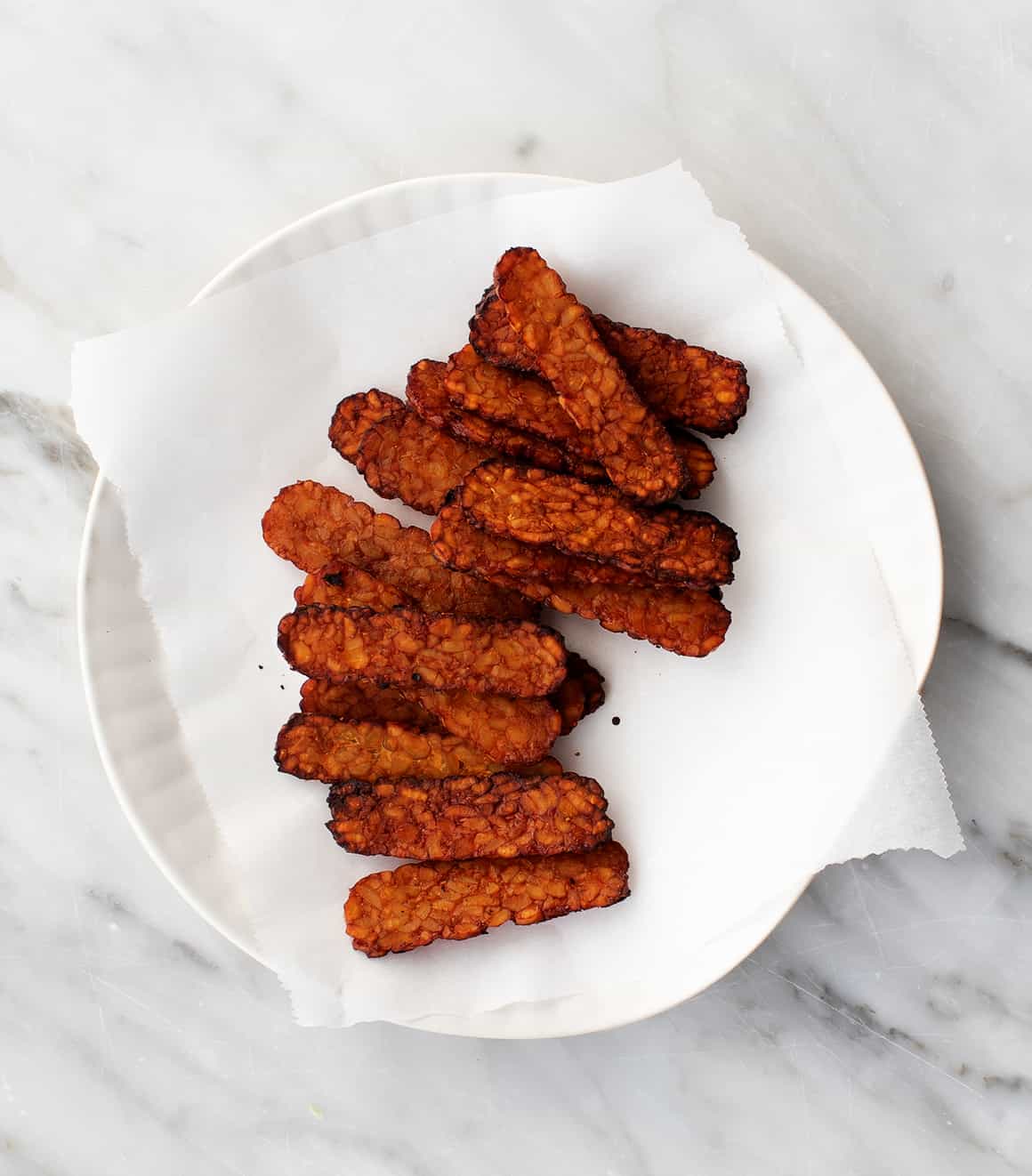 First up: tempeh bacon! It has a delectable crispy, meaty texture and a tangy, smoky flavor. If I’m craving a side of bacon strips with pancakes or French toast, this type of vegan bacon is always my first pick. I also like to pile it onto a veggie club sandwich or crumble it up to make bacon bits to top onto salads and baked potatoes!

To make it, I season thin strips of steamed tempeh with a flavorful marinade. Tamari or soy sauce makes it salty and savory, rice vinegar adds tangy flavor, maple syrup sweetens it up, and olive oil adds richness. Then, for a final smoky touch, I add a pinch of smoked paprika (no need for liquid smoke here!). Let the strips marinate for 30 minutes. Then, spread them onto baking sheets and bake until they’re crisp and charred around the edges. To make bacon bits, let the strips cool slightly, then use your hands to crumble them into bits. 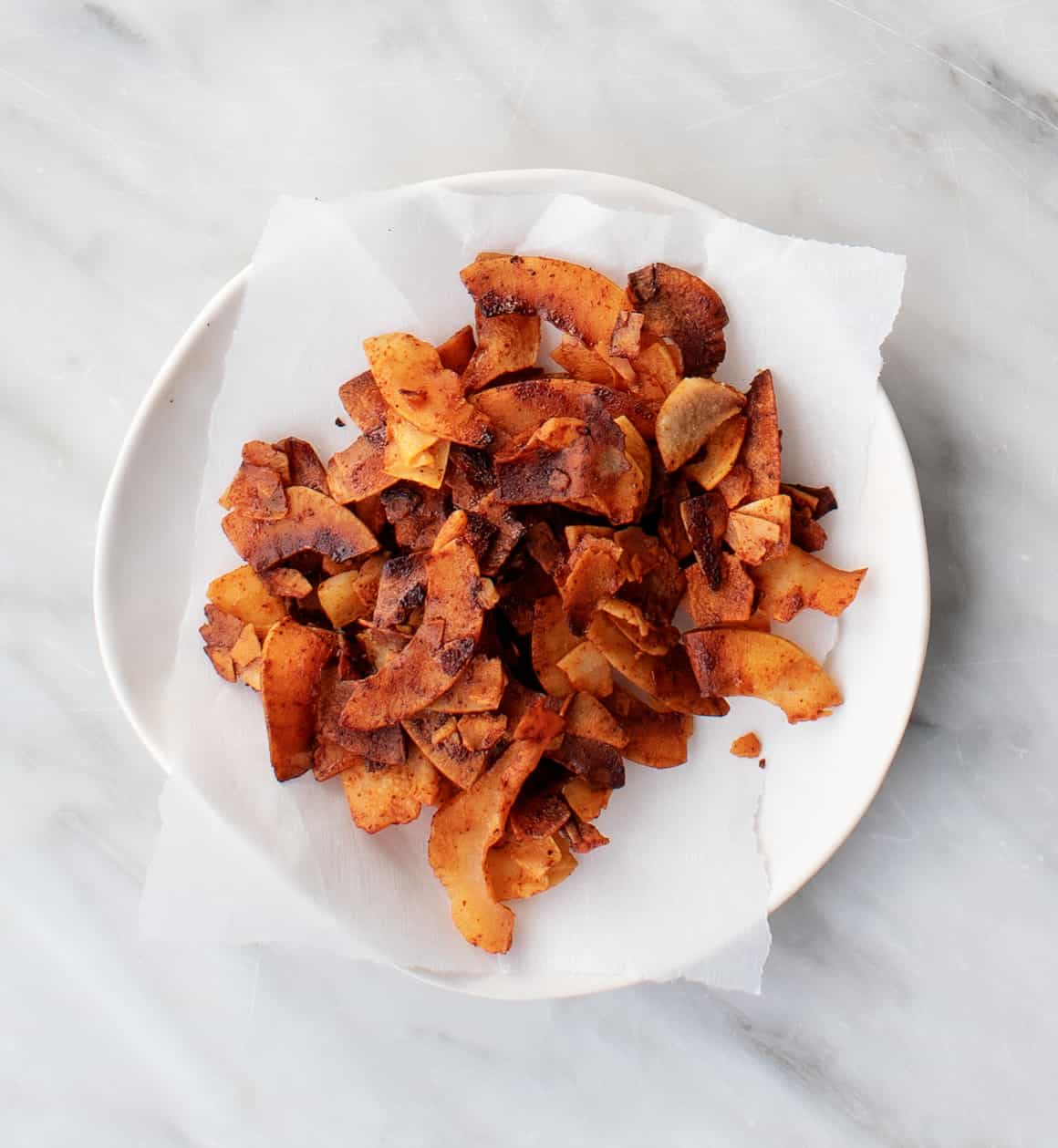 Coconut bacon is quick and easy to make – just toss unsweetened coconut flakes with tamari, maple syrup, and smoked paprika, and pop them in the oven until they’re golden brown and slightly crispy (they’ll crisp up more as they cool). It’s totally delicious, but it’s also totally addictive. Don’t say I didn’t warn you when it disappears in a snap!

I like to sprinkle crispy coconut bacon over creamy soups like my potato soup and vegan corn chowder. It also adds a perfect savory crunch to these vegan stuffed potato skins! 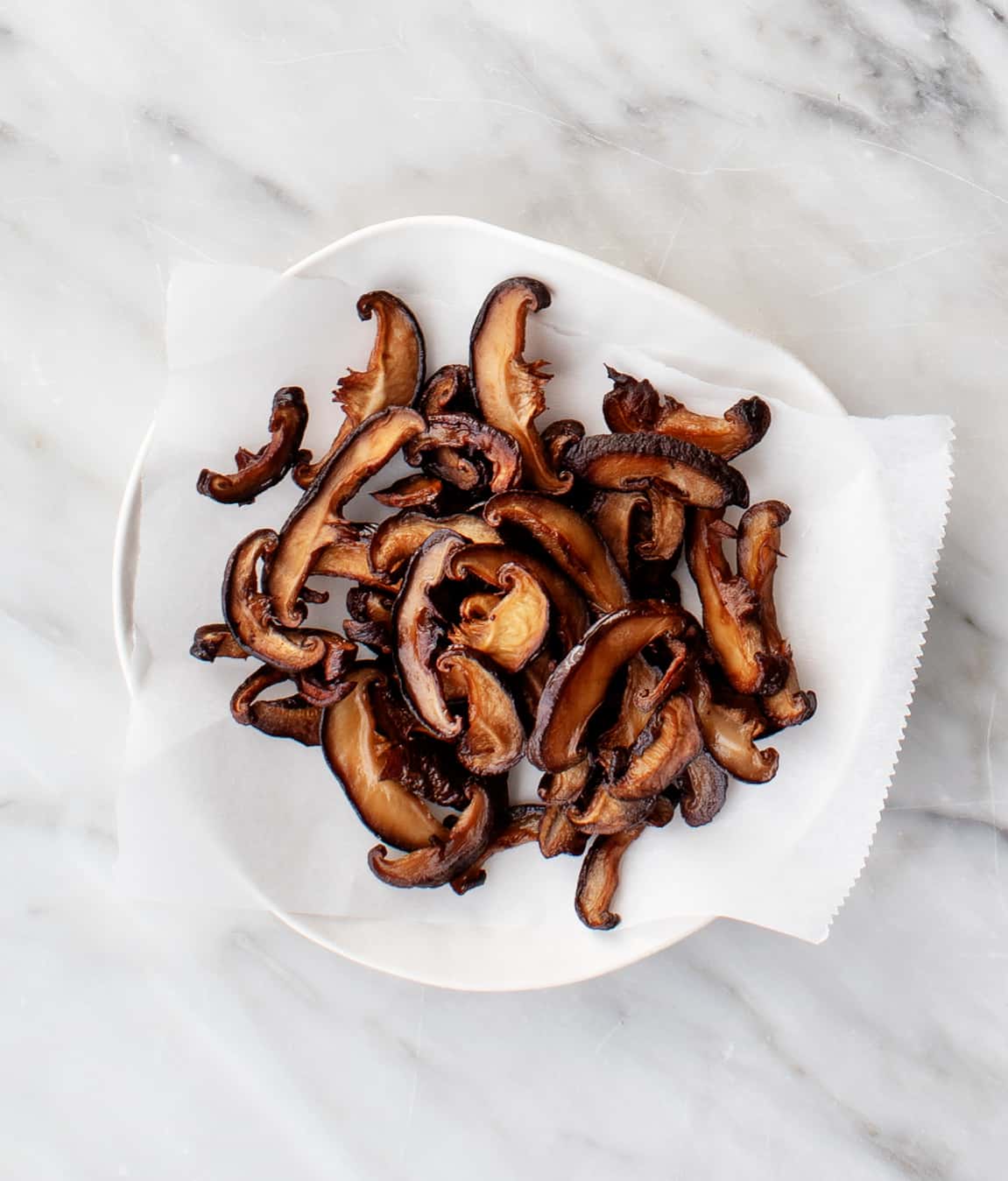 If you’re looking for an all-veggie bacon substitute, shiitake bacon is the one for you! The mushrooms themselves have a rich umami flavor, so just two ingredients turn them into delectable vegan bacon: tamari and extra-virgin olive oil.

Wipe the mushrooms clean with a damp paper towel (don’t wash them, or they won’t crisp up in the oven), and slice the caps into thin strips. Toss them with the tamari and olive oil and bake until they’re shriveled up and crispy, tossing halfway.

When the mushrooms come out of the oven, pile them onto a veggie BLT, stuff them into a breakfast burrito, or tuck them inside breakfast tacos!

What’s your favorite vegan bacon recipe? Let me know in the comments!

If you love this recipe, try one of these plant-based basics next! 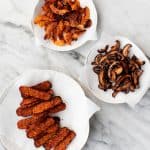