In this easy peach crisp recipe, an oat and nut topping covers a juicy layer of fresh peaches. Serve it with vanilla ice cream for a perfect summer dessert. 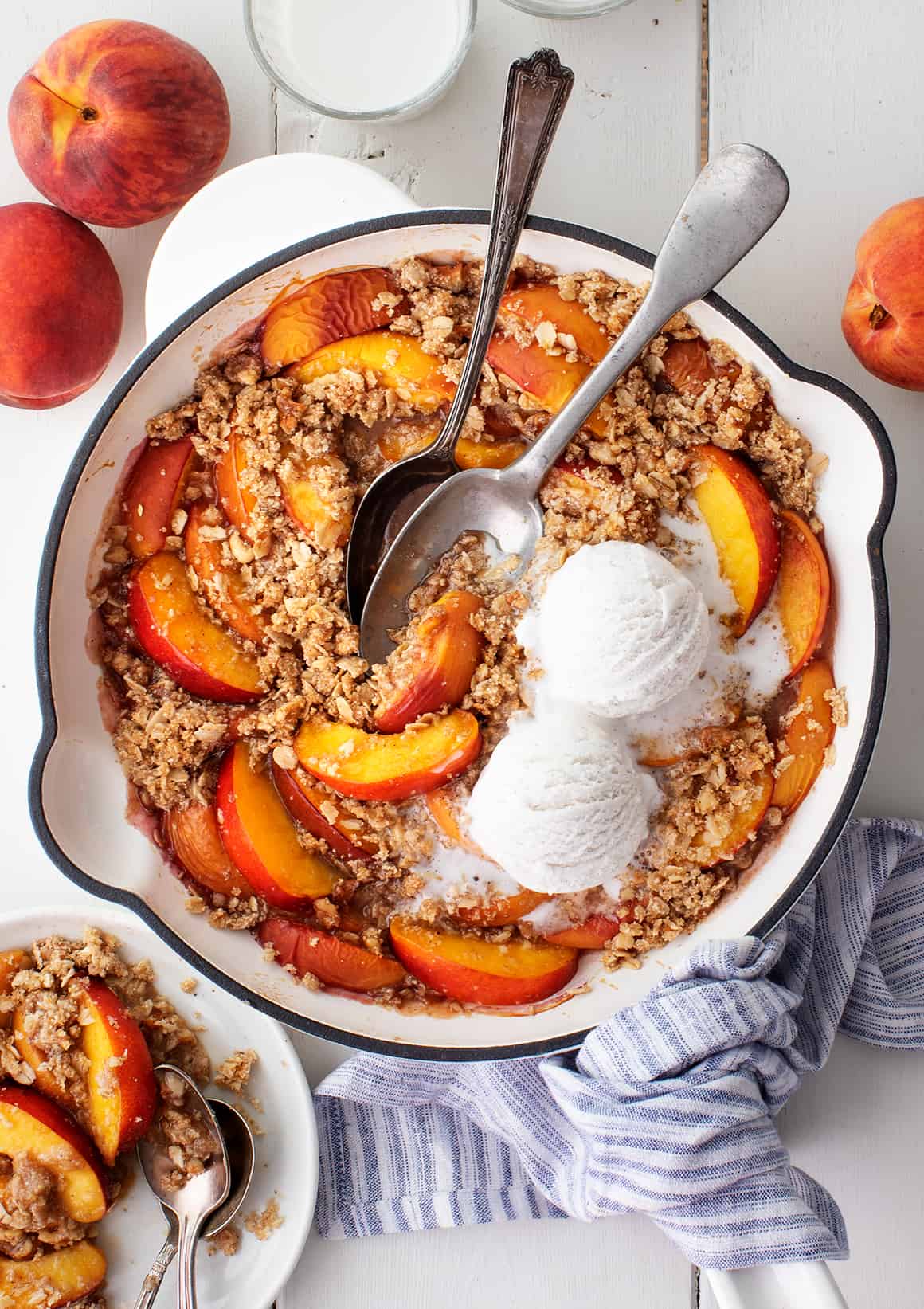 You’d be hard pressed to find an easier summer dessert than this peach crisp recipe. Toss the filling together in one bowl, mix up the topping in another, layer them both into a skillet, and bake. When you take your first bite, you’ll be stunned that something so delicious could be so simple to make. There’s just nothing better than peak-season summer fruit. 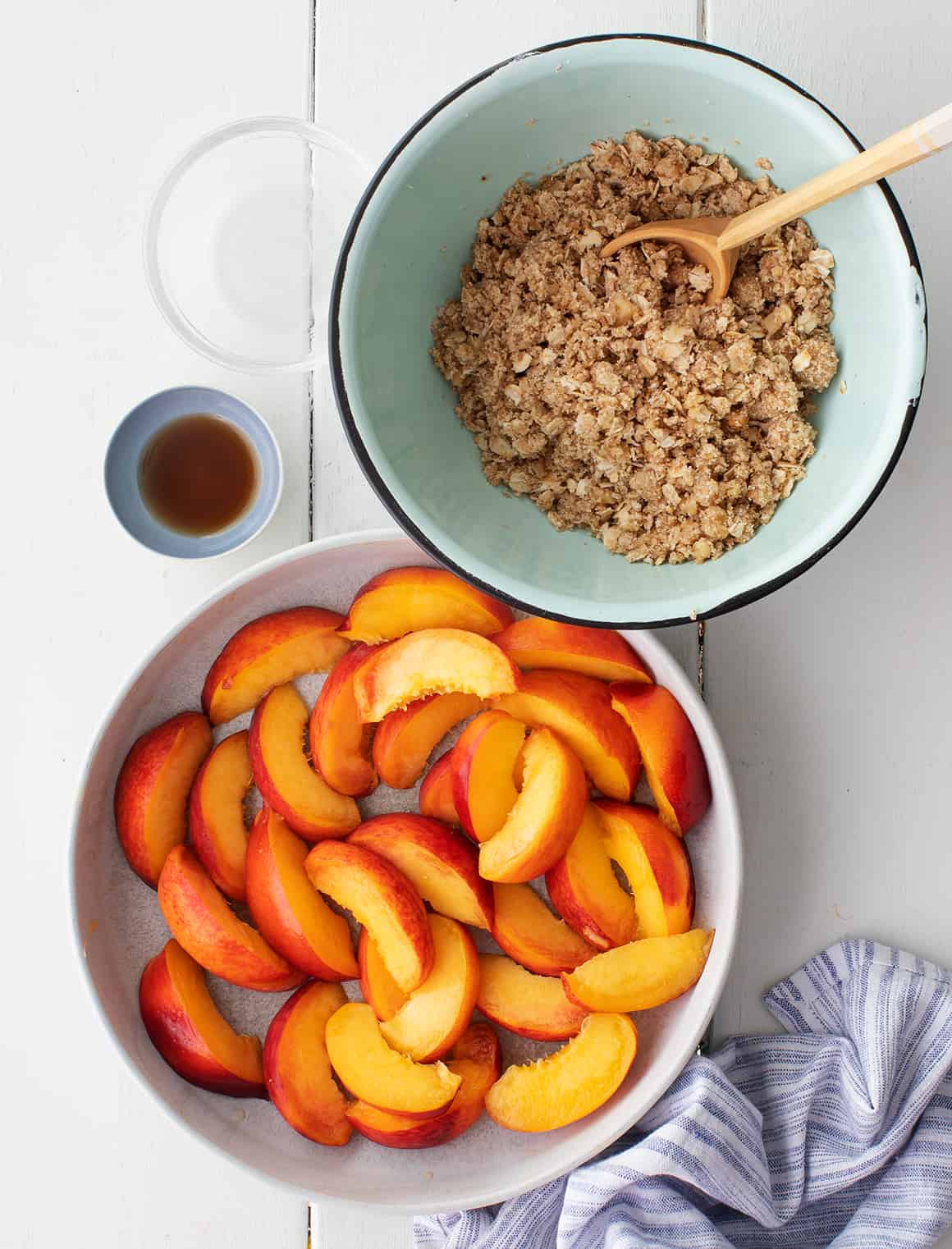 Because this recipe is so easy to make, it’s a great choice for summer entertaining. It’s also ideal for serving guests with a variety of dietary needs, because it’s both vegan and gluten-free! Here’s what’s in it: 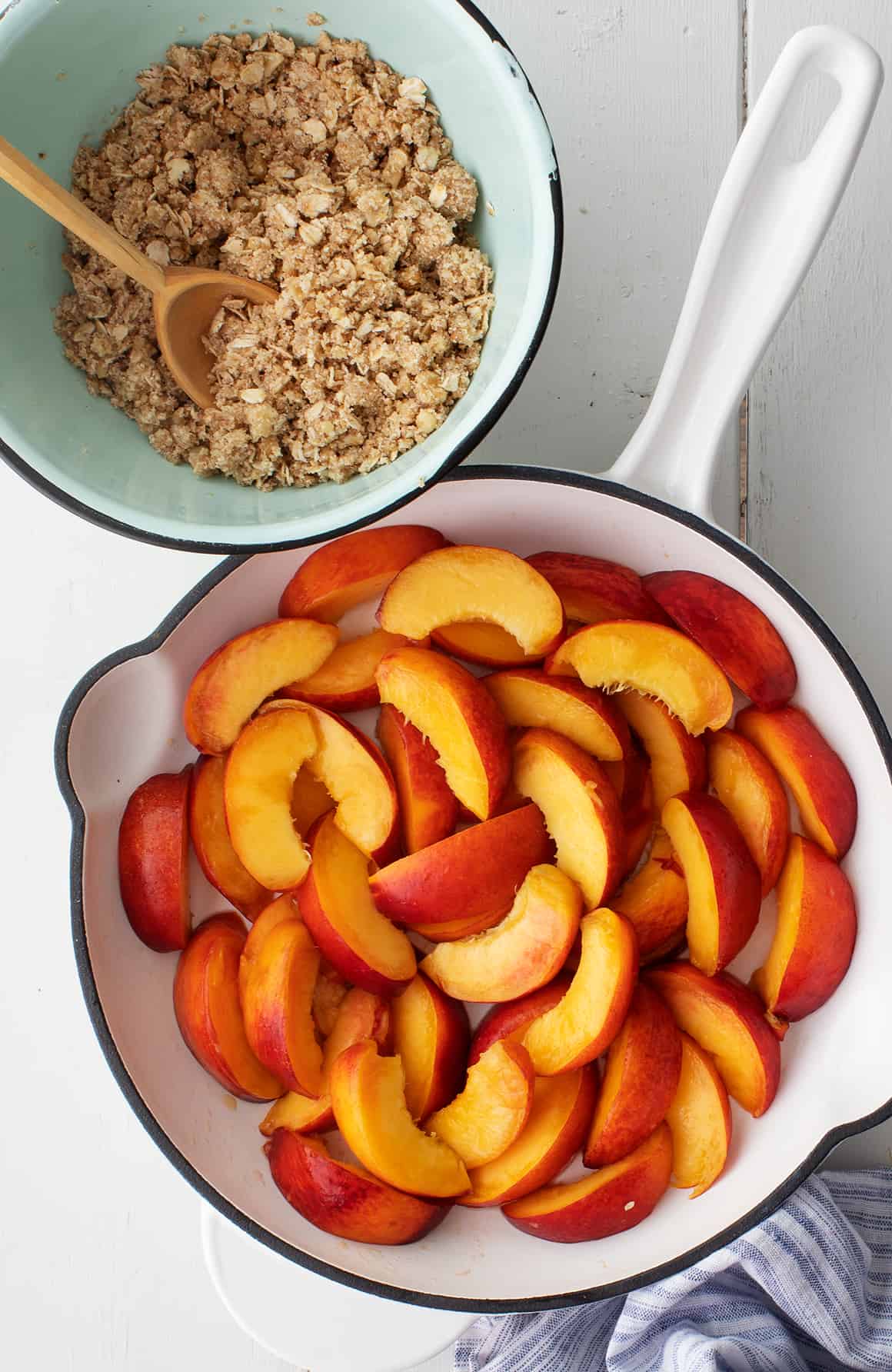 Layer the peaches into the baking dish… 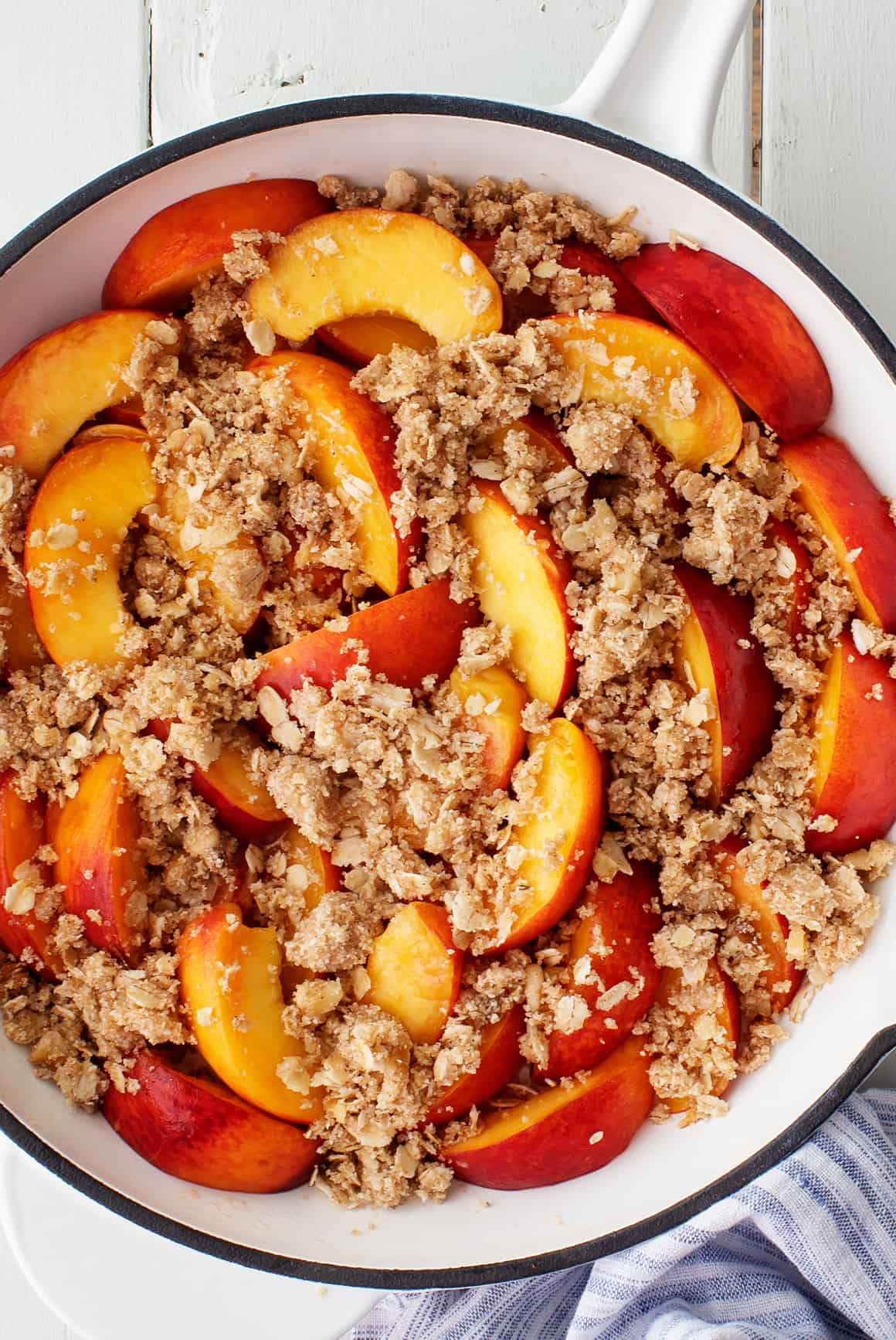 …add the topping, and bake!

Your peach crisp will be ready in under 30 minutes. 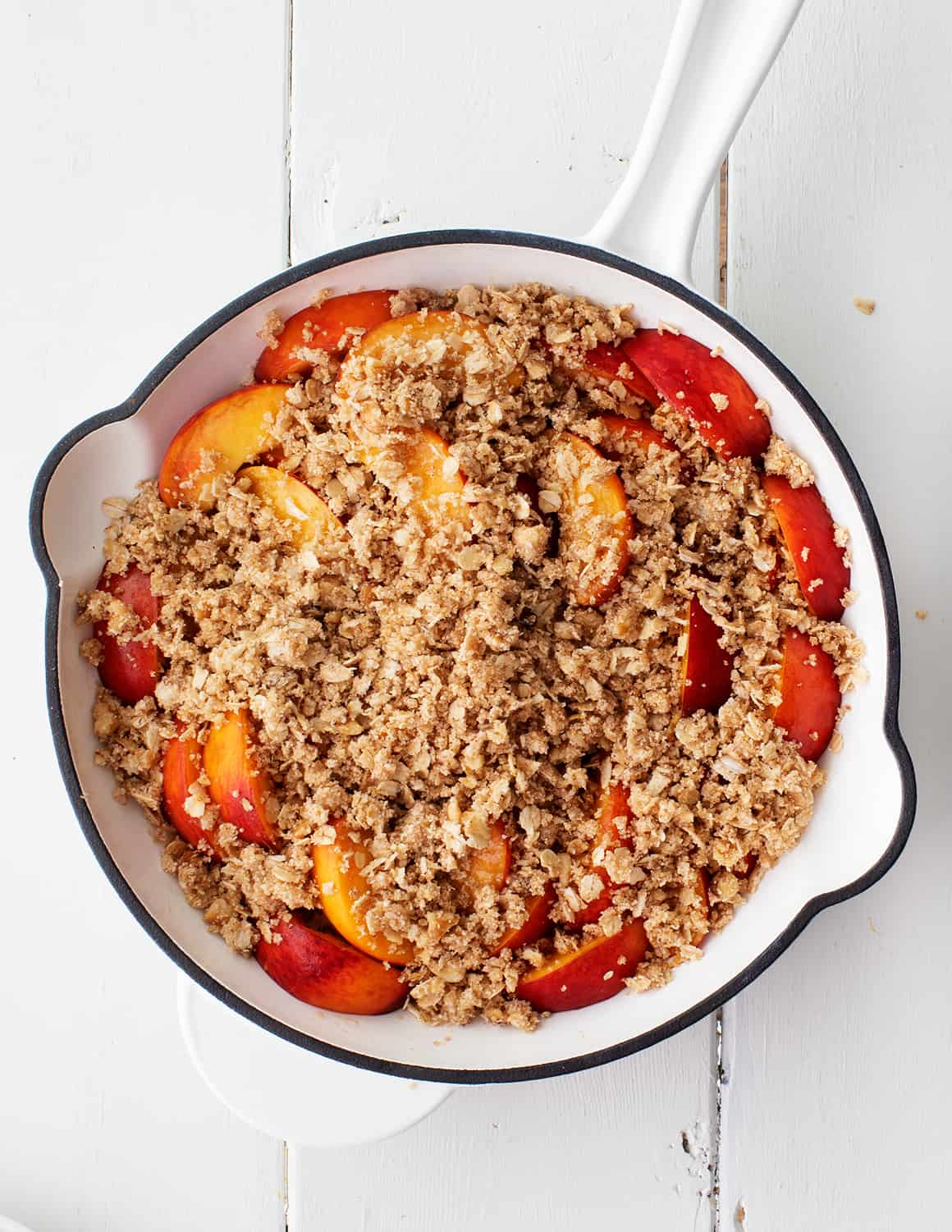 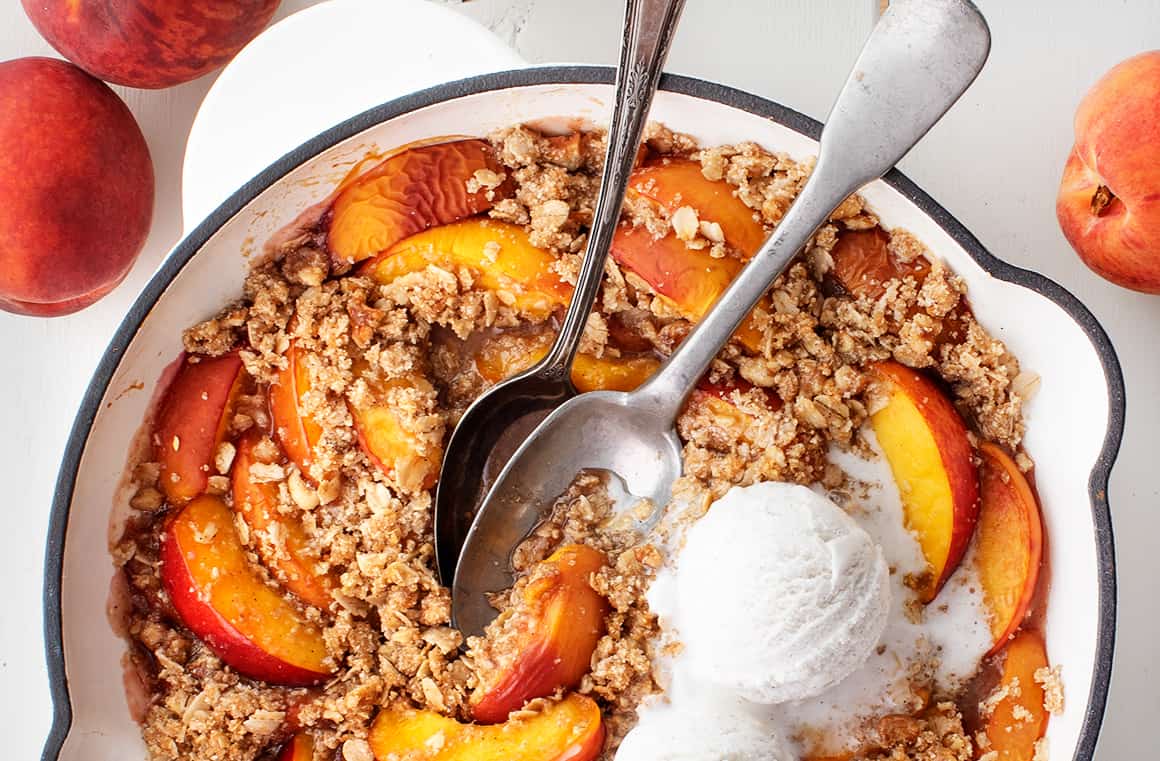 If you love this peach crisp recipe, try one of these summer desserts next: 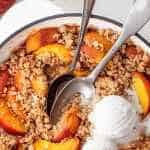